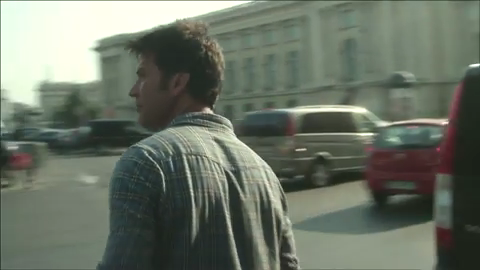 Excerpt from a Spanish interview with Ernie Barbarash, director of Six Bullets:

- What can you tell us about Joe Flanigan?

Joe Flanigan is the co-starred with JCVD in 'Six Bullets'. It's a tremendous player and although not MMA fighter in real life, did almost all his stunts and the fights and did an excellent job.

This is the Google translation, but the important part is 'stunts and fights' - we're going to see Joe fight!! *flails*

Another thing I found interesting and very six-degrees-ish was that Mr. Barbarash got his start working with a small Canadian company that became Lionsgate films. He worked on a film that was billed as a sequel to Cube (the original starring David Hewlett) but had no real connection to the original film and ended up producing/directing Cube Zero, which was more a prequel (and really not a bad film) that stayed true to the concept of the original.
Collapse